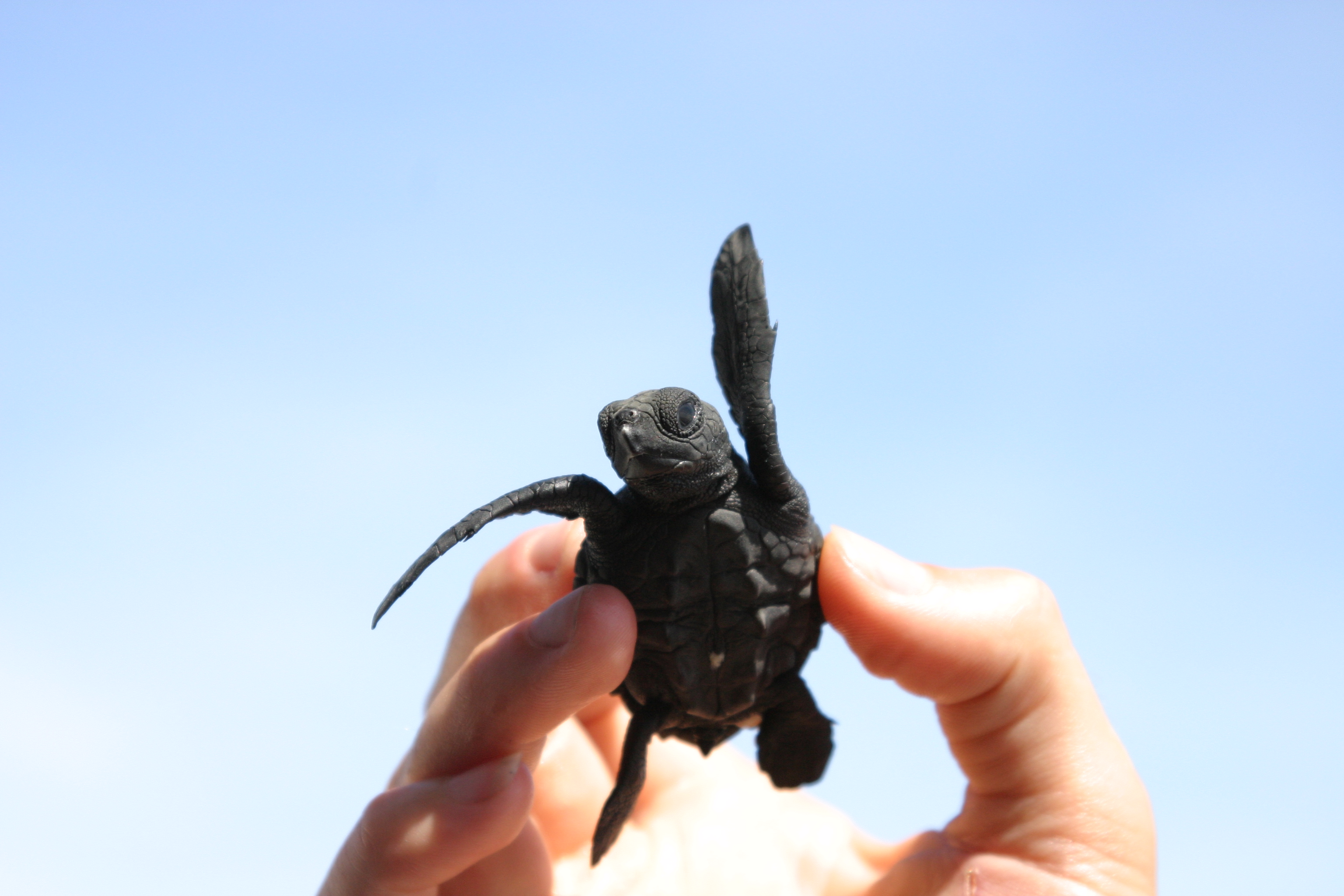 This article is going to examine reasons to preserve endangered species from becoming extinct and why it is so important and beneficial for us to engage with it. After doing so, it continues with six suggestions about how to give one’s own part to conservationist efforts.

A study from 2012 estimated the costs of saving only the endangered species on land at $76b a year, with marine species being even more expensive. At first sight, this looks like a huge sum and raises the following question for many: Is it actually worth preserving species for that much money? Many would ask what the return might be and others would claim that extinction is a natural process and doesn’t need preservation.

To address the latter: it is true, species were going extinct since they live on earth. However, the pace at which they are increased hundredfold relative to last century. The trend is clear and the reasons for it are better known than ever. It is the human impact that destroys habitats of different species and while doing so ecosystems are getting disrupted which leads to the extinction of many organisms within it.

Every species is dependent on its habitat, so if we destroy the habitat through deforestation, pollution or simply through the human impact on climate change, we do lead to the extinction of many species.

It is not just direct impact, like poaching or hunting. The most damage is done by the just mentioned destruction of habitats. Ecosystems can even be so sensitive that if we, for instance, leave the final destination of migratory birds in, say, Africa untouched, but destroy their resting stops (e.g. the Wadden sea along the north sea) on the way to their final destination, we for sure disrupt the habitat in Africa as well. Ecosystems are greatly interrelated, which is why we need to be very careful not to disrupt them the way we do today.

In order to address the former — what return we would have from saving our species — demands slightly more debate.

Let us start with a rather personal one. We save endangered species simply because we want to. There is a specific beauty in form of cuteness, majesty, and fascination in nature which we want to preserve for its own sake. We are clinging to its aesthetic value in a form we would cling to an artistic masterpiece like the Mona Lisa. That reasoning sounds good at first, however, what about the animals that we are less fond of. Do we not find them appealing and hence do not save them? That seems selective. However, saving endangered species should be an act of courage and appreciation towards the life of another living organism surviving through the help of our earth, just as we do as well.

Therefore, let’s try another argument that might get us a bit further. The natural world and its ecosystems contain useful things, like medicine. We can profit from nature through learnings from the characteristics of its organisms.

Sadly, that again leaves us with the same selective question: how do we go about useless species? Do we not care about them? The same problem as before arises.

Let’s take a different approach then. Let’s see everything we receive from nature, be it oxygen, water, food and so on, as an ecosystem service to us. Those services, since we live in a service economy nowadays, can be valued. And since there is a real economic cost involved in saving species one might think that arguing in economic terms here is a good shout to answer the question. There are also numbers to ecosystem services, well at least estimates, which give us a glimpse of the economic value we extract from our nature each year. This value is supposed to be almost twice the amount of our world economic output. In 1997 it was estimated that we extracted $33 trillion and the economic output was at $18 trillion a year. In other words, conserving nature is a staggeringly good investment. 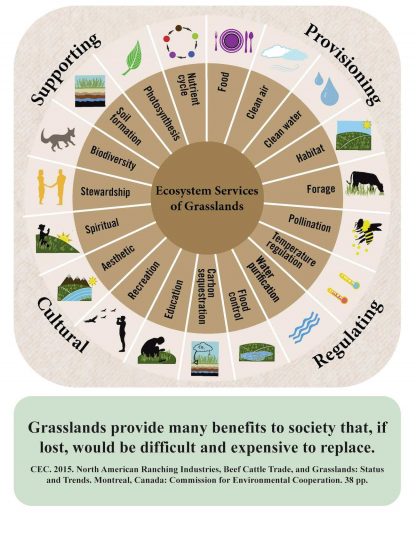 In order to fully understand it, imagine a world without ecosystems. We would have to produce everything artificially. We wouldn’t have pollinating insects, we wouldn’t have natural photosynthesis, we wouldn’t have firewood or even oil. Everything would need to be produced by artificial machines. This could potentially be possible but is a way more difficult way to approach it.

Although imagining a world without our ecosystem services seems pretty grim, we still have to ask ourselves whether it is not heartless and cold to put an economic value onto the natural world. However, conservationist groups, once opposing it, now start to adapt to this method of valuation. Since the abuse of the natural world is going to happen anyway, without the method of value, they now support putting a value on ecosystems, although they would rather see it being infinitive due to its pure beauty which no human could ever build on their own (as opposed to artworks like the Mona Lisa).

Now, as a result, we established that we could hardly do without ecosystem services — be it just the useful things they provide us or their infinite beauty. Ecosystems are increasingly stable, the more diverse they are. That means, the more species, the better. Even if we want to preserve just particular species, we will have to take care of most of their surrounding, their habitat, which will necessarily lead to conservation of many more species. So even if we were to choose a selective way of preservation, we would have to broaden our efforts to the whole ecosystem of that particular species.

The conclusion of this: we cannot take care of ourselves, as humans, and of our problems, without also preserving nature. The simple reason is that we need it for so many things, some mentioned above.

Now that we know the why, here are some suggestions about individual ways to go about preserving nature:

Let’s start with the rather obvious ones. First, recycle and buy sustainable products. Recycled products protect the areas of many endangered species. Just one example: recycle your phone. It contains minerals extracted from the habitat of the mountain gorilla, a critically endangered species due to habitat loss.

Second, don’t purchase products from companies that are known polluters. That might take a bit more effort than just recycling products since you would need to learn about the impact of many companies on nature. However, a start is, to begin with, the known polluters, as mentioned above, since buying products from them isn’t much better than polluting directly by yourself. If you search for a start and now that you’re on a fashion website anyway, the fashion industry has great apps like GoodOnYou that will inform you about the impact of almost all the bigger brands (we are working on getting on there as well), which will give you enough guidance for the beginning.

Third, learn about the status of species near you. There might be some endangered species in your area which you don’t know about yet. Learn how important they are and with what ecosystem services they provide us with (including clean air and water, for and medical sources, commercial, aesthetic and recreational benefits) After doing so, teach your friends and family about it, share your knowledge and inspire others to do the same.

Fourth, plant native plant and stop using herbicides as well as pesticides. Herbicides/Pesticides might make your garden seem extremely healthy, however, they kill the animals living in it which is anything else than healthy for an ecosystem. You can already see so by just thinking about the reason behind the need for fertiliser.

So if you’re from the countryside or even have a backyard in a city, inform yourself about the native vegetation and plant some native plants. They will help the local species flourish and provide necessary sources of food and shelter for them.

Fifht, some advice many people initially oppose as a way to preserve endangered species. It is Ecotourism like going on a Safari. Against many opinions, ecotourism actually helps in preserving species. Just think about it. People who provide Safaris, the local rangers, they depend on the species people want to see. And as we established before, those species depend on the habitat around them. So local rangers will, even if it is only out of self-interest, take care of the habitat of the profitable species, which as we know now can have great interrelations to other than just their own ecosystem.

Therefore, supporting ecotourism is supporting conservationist activities by local rangers, since they depend on the ecosystem they and the species live in.

Finally, watch out for products that are not only sustainably produced, but go a step beyond it. Their are some initiatives like 4Ocean (4ocean.com) or Animals’ Move (animalsmove.com) that combine every product they sell with a specific purpose. For 4Ocean it is pulling one pound of trash from the Oceans for every bracelet sold. For Animals’ Move it is one specific goal negotiated with different partner charities.

In any case, there is a higher purpose to an otherwise quite normal product, and the best is, you can show it off quite easily and make others know about it by sharing the statement you want to set with it.